Get fresh music recommendations delivered to your inbox every Friday.
We've updated our Terms of Use. You can review the changes here.

Half Born in Half Light 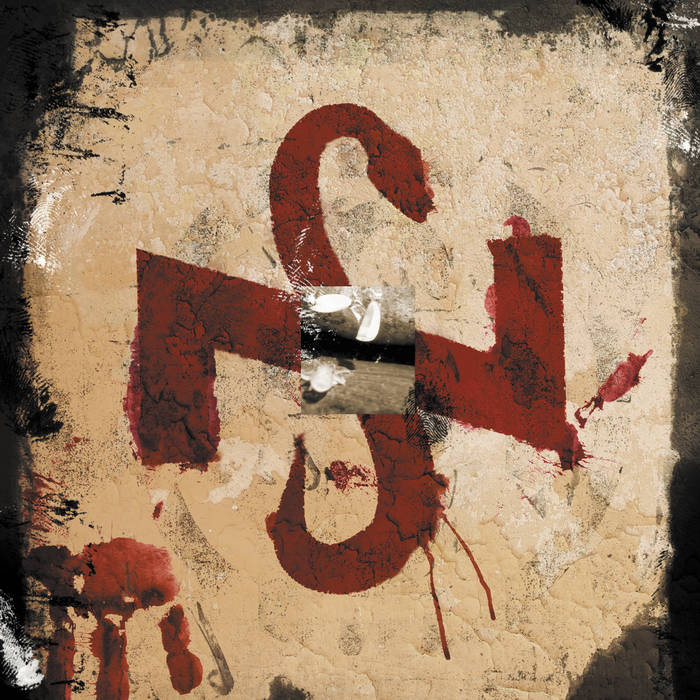 "Okay, we’re gonna commence this month’s reviews with Niko Skorpio’s Half Born in Half Light because it’s informed by the kind of Metaphysical & Meta-mysterious poetic spirit that I’ve been constantly searching out since the first time I heard the Doors’ Horse Latitudes decades ago as a young teenager. Skorpio is a Finnish producer & synthesist who declaims his portentous poetry in a highly stylized Foreign-as-Fuck voice over the kind of swishy cosmick wind that puts me in the mind of Dr Fiorella Terenzi accompanying Todd Clark c. Into the Vision, or maybe a more cunted & extended version of John Cale’s The Jeweller, as orchestrated by black metallers on an electro trip. Elsewhere, bubbling pans of Jupiter-sized effluent steam & seethe endlessly, as though the still be-apron’d Creator has been caught in a millennium-long natter with the postman. Babies, Skorpio’s shit stinks so good, you just gotta lock your doors, seal up ye windows, don thy cosiest fake fur coat and kiss your brain cells bye-bye. And, of course, this funny farmer’s wyrd imagery spills over into the record sleeve itself, which photographically reproduces all kinds of obnoxious ugly kack filmed right up way too close; dead grandma’s abandoned false teeth, a powder compact colonized by slugs’n’snails, boxers with trouser tracks, all reminding me never to eat a salad off this guy’s table. Still, who wants their heroes to be decent human beings? Exactamundo, says I. So score this sucker from Some Place Else Records (www.someplaceelse.net) or hop along to Herr Skorpio’s own site at www.nikoskorpio.net. Fuck yeh!"
(Julian Cope/Head Heritage)

"The album opens with { Monogram }, focused around the unmistakable sound produced by additive synthesis graphic-to-sound conversion. This follows into Worm in the Foundation, where Skorpio’s spoken words combine with clanging percussion and distorted thuds of bass guitar. Though it is hinted at in Worm In The Foundation, NeitherSphere betrays Skorpio’s roots in metal with ten minutes of smeared sludge that recalls Sunn O))) and other modern drone/doom bands, as well as Skorpio’s own seminal funeral doom band from the early nineties, Thergothon. While it could quite conceivably be made without any traditional metal instrumentation, NeitherSphere still manages to sound, as the kids say, very metal. The metal influence rears its tousled head again in the epic Through the Ribcage which climaxes its seventeen minute length with a maelstrom of distorted guitar and feedback. Conversely, tracks like Leper Angel and the bizarrely-titled To Reincarnate as a Bagpipe are breathy twilight-lit ambientscapes with details and hints of melodies flittering around in the high end. Perhaps the most successful track is the closing We No Longer Exist where the sound of bass-heavy flames and metallic clanking sedately mix with distant rising synth tones. It doesn’t necessarily go anywhere, other than the synths becoming more insistent at the end, but it’s the combinations of sounds themselves that makes the lack of journey worthwhile. With metal, dark ambient and general dronage in the mix, it’s hard not to see Half Born In Half Light as a varied beast, but one that is coherent in its vision." (Judas Kiss)

"The enigmatic voyage to intelstellar qliphotic zenith of Niko Skorpio continues with its triumphant march towards the inner light of darkness. And with Half Born In Half Light, he has reached a highest peak in his career as alchemic musician,fusioning and adapting different psychedelic ambient soundscapes and darkly majestic bass drone elements. The album includes 7 visionary evocations bringing to explore the diverse magickal reality into audial shapes crawling as shadows behind you, as gathering through ethereal labyrinths of dense sounds manipulated in a in depth proper way and effects complementing it. Lyrically, the concept exploits from diverse perceptions handling atavisms, aethyrs, primal structures and cosmic elements emerging from within the sonic mantras developed here. Without a doubt one of the best albums this year.
Tracks as Worm In The Foundation with dense guitar bass passages surrounded by effects, ostrich bass and sounds converging into strong structures with dynamism and character in the way as its used. Or the long track Through The Ribcage and its vaporous atmospheres twisting all the time, emerging again and again… We No Longer Exist the burning light in itself carving the presence of its own shinning through hypnotic drone sounds and effusive elements. Or coming back to the first track monogram veiled in cosmic atavisms coming from the other side.
The music through the whole album is so, amazing enigmatic and ritualistic which obviously increase the interest to those of us involved on magickal currents and explorations. Also, we must mention two more aspects which penetrates our senses in all dimensions. First, the magickal vocal incantations built into diverse forms and techniques showing us more the dynamism and creativity developed and a second aspect, the amazing visual side, coz the cd comes with a 12 panel leaflet with the art, photos, liner notes and more. Each picture, each linear structure, each abstract form reveal us a hidden paradigm for a determinate track, which must be explored by yourself to understand what is beyond the light… remember this is hermetic fusion musik. A non-conventional musical piece with magickal abstractions dissolving and burning once again." (Pan.O.Ra.Ma Journal)

"Visionary, experimental, magickal and evocative, the new work by Niko Skorpio Half Born in Half Light is a blend of ritualistic scenarios and music experimentations. ... What impressed me most is the balanced sound mix and the crispness of sounds. This ability into giving the right space to sounds help a lot the creation of a functioning audio world where the listener is surrounded by hypnotic a semi psychedelic atmospheres." (Chain D.L.K.)

"The basis is ambient, but there are also a lot of elements from other sub genres of the alternative scene and some really great instrumentation too. The track “Neither Sphere” has a great drum pattern that makes this track really stand out, almost in the vein of Herbst 9 but with a twist, and it’s probably my personal favorite on the album. “Through The Ribcage” is also an extraordinary track, and the second part being the climax of the whole album. Fucking brilliant! What I like about this album, is that all the tracks differ a lot from each other, and still there is a red line going through the whole album" (Imhotep)

"Niko Skorpio has a variety of different styles, since he has a background in various kinds of things. Also in metal, and this can be heard in various parts of his songs. With this album, Half Born in Half Light he creates some very dense atmospheres. The whole album has a kind of occult feeling to it, namely because of some tribal elements and some distorted vocals and their lyrics. Some of the spoken words give the album a very theatrical feeling, especially in the first track, { monogram }. The second track, Worm in the Foundation, shows some of his metal elements. With its creepy sounds and vocals, this has a somewhat satanic feel to it. The third track, NeitherSphere, has nice tribal elements and the whole ambience of the song is very good. It has some cinematic qualities and even reminds me somewhat of the band Goblin who usually makes the scores for Dario Argento’s films. Perhaps could be an extended track for Suspiria. The next track, Leper Angel, is more quiet and experimental in sound. Some high pitched sounds and feels as if walking in some swamp at night. Track five, Through the Ribcage, sounds like we came out of the previous swamp and are entering some dark cave, or a big ribcage indeed. Upon entering, voices are breathing down you neck. As we are walking deeper into the cave, we witness some invocation. Towards the ending of the song some processed guitars are added and becomes somewhat noisy; all evil is coming down. This is also the longest track, with just over 17 minutes of music. The last two tracks, To Reincarnate as Bagpipe and We No Longer Exist, are again quieter in sound. The sixth track ends pretty funny and fits very well because of the title of the track. And so we get an epilogue to a satanic ritual.
The song that sticks out the most for me now is NeitherSphere. I very much like the tribal elements in that song. Also the kind of Goblin/Argento atmosphere is very much present and the whole album gives it a somewhat cinematic, and occult, quality." (Gothtronic)

"Through the Ribcage is a nearly eighteen minute combination of rumbling and soaring drone augmented with slabs of high-pitched feedback; overlaid on which is a sonorous and hellish gravelly voice reciting something in English (I think) - indeed it sounds very much as if Skorpio stuck a microphone in some deep hole somewhere in the depths of an icy-cold night-enshrouded Scandinavian forest and came back with a recording of Hell itself. I don’t know about it going through the ribcage but it certainly attempts to burrow its way into your head; atmospherically it’s flavoured with more than a pinch of menace and the stench of Tartarus - and oddly I found it quite meditative in a bizarre kind of way.
The following piece is a strange one, tagged with an equally strange title – To Reincarnate as a Bagpipe. This one starts with reverberating bells and eventually metamorphoses into the sound of a bagpipe; this is one particular instrument that manages to get the hairs standing on the back of my neck and this instance was no exception (I would also like to see it used more in sound explorations especially in light of its haunting qualities). A similar feeling pervades Leper Angel; voices, bell-tones and odd burps create an eerie sense of soiled divinity, as indeed a leper angel must be; a colony of lost and ostracised souls the only congregation willing to embrace a tainted holiness.
We No Longer Exist, the final track, is perhaps the most atmospheric; placeless environmental sounds clanging, creaking, shuffling and thumping in some non-specific space accompanied by an otherworldly spacey whistle and breathy keyboards, meant to suggest somewhere timeless and dimensionless. There are no clues as to what sort of activity the environmental recordings are representative of, an effect which invests it with a distinctly unsettling edge; add to that a dark undercurrent of uneasiness and menace which transmits a spine-tingling nervousness and a frisson of fear through the listener. Delicious stuff indeed.
... This is affecting music that seeps into your body and gets absorbed by and affects every cell."
(Heathen Harvest)

SPE08049 | Some Place Else | www,someplaceelse.net